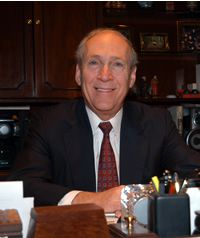 Jeff Krasnow has been practicing law in Roanoke since he was admitted to the Bar in 1972. He is a Trial Lawyer and maintains a substantial trial schedule. The National Board of Trial Advocacy has certified Jeff as a Specialist in Civil Trial Advocacy; he was first certified in 1989 and re-certified in 1994, 1999 and most recently in 2004. He is also a Diplomate of the Court Practice Institute and a member of the Million Dollar Advocates Round Table, membership in which is limited to attorneys who have achieved a verdict or settlement of one million dollars on more. He is a member of several organizations for Trial Lawyer, including the American Association for Justice, the Virginia Trial Lawyers Association and the West Virginia Trial Lawyers Association. Today, his practice is exclusively limited to serious personal injury and wrongful death cases usually arising from car and tractor trailer crashes and medical malpractice and legal malpractice cases arising from the mishandling of such cases.

Jeff decided he wanted to be a lawyer when he was eleven years old. He had expressed to his parents that he was interested in becoming a lawyer when he grew up. His parents mentioned his interest to Calvin Breit, a prominent Norfolk trial lawyer who was representing the family’s optical business in Norfolk. Mr. Breit invited Jeff to spend a week with him and Jeff accepted. During that week, when Mr. Breit went to Court, Jeff went with him; when Mr. Breit met with his clients, Jeff was there. From that week on Jeff’s only career goal was to become a trial lawyer.

Jeff grew up in Norfolk and graduated from Granby High school in 1964. He attended Old Dominion University but after two years of college he took a year off and worked as a VISTA Volunteer in a poor neighborhood in Des Moines, IA for a year. During that year he gained a tremendous empathy for the problems of other people. Jeff returned to and graduated from Old Dominion University (B.A., 1969). During his college career he participated in intercollegiate debate for four years and was active in student government and Young Democrats. He completed his legal education at the University of Virginia School of Law (J.D., 1972) where he competed on the school’s highly successful National Moot Court Team. Jeff and his wife Rita, who was in graduate school for most of the time, operated their own small business during their three years in Charlottesville.

Jeff is admitted to practice in the following Courts: The National Board of Trial Advocacy has certified Jeff as a Specialist in Civil Trial Advocacy; first certifing him in 1989 with re-certification in 1994, 1999, and 2004. He is a Diplomate of the Court Practice Institute. He is also a member of the Million Dollar Advocates Round Table membership in which is limited to attorneys who have achieved a verdict or settlement of one million dollars on more.

Jeff is now in his 21st year as a soccer referee, officiating college, high school and youth matches across the state. His other hobbies are photography (his photographs hang in the lobby, hallways and library of his firm’s offices), bonsai and wine. He has been married for 39 years to Dr. Rita Krasnow who taught for years at Virginia Western Community College. They have two sons who live in Colorado.